Floorball is often described as Ice Hockey without the ice as they have a very similar style of play.

Standard matches consist of 3 x 20 minutes periods with a 5-minute break in between. The clock is stopped during the periods for goals, penalties, timeouts or when effective time is enforced.

Floorball is a game played between 2 teams. Each of these teams can only have 5 field players and 1 goalkeeper on the court at a time. The aim of the game is to score more goals than the other team within the three periods. Teams generally have line up of 10 – 15 players (2 – 3 lines) that substitute throughout the game. The players each have a role as a forward, defender, centre and goalkeeper.

The goal keepers play on their knees and position themselves to block goals with their hands and body. At no time will a goalkeeper hold a stick like they do in ice hockey. Goal keepers are the only player on the field to grab the ball with their hands.

Every match will have two referees that will blow their whistle for goals, fouls, penalties, and timeouts. They are there to ensure the game runs smoothly and are played according to the rules of floorball. 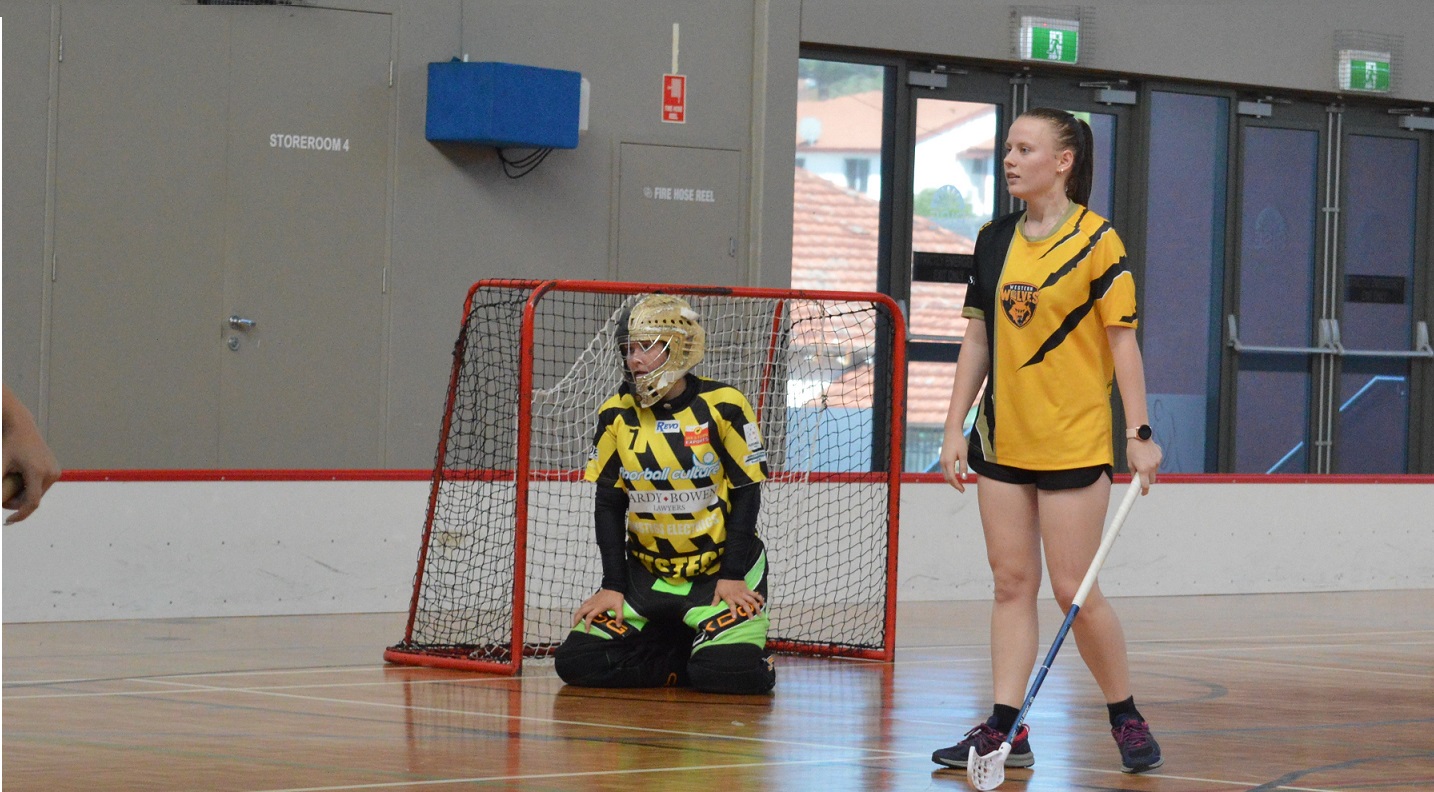 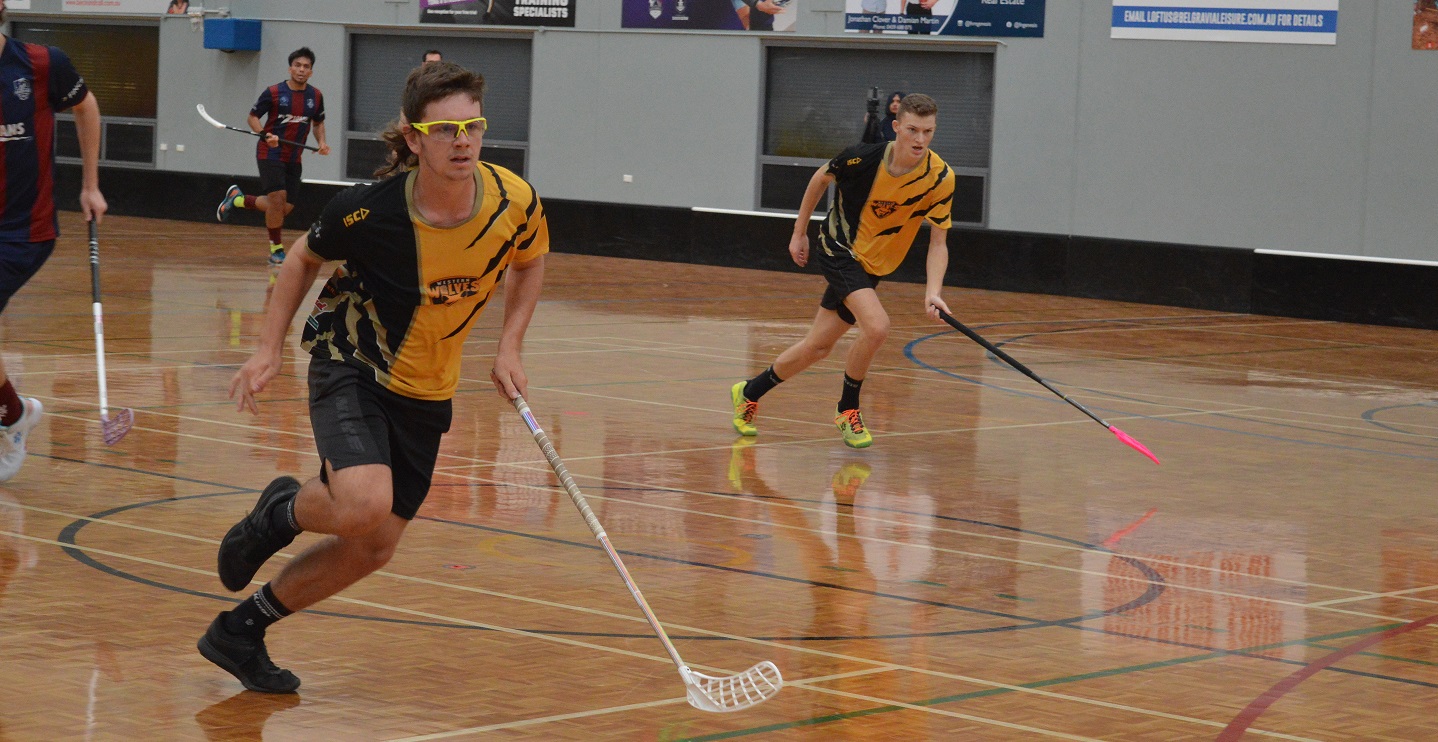 Floorball is traditionally played on a synthetic court called gerflor. Unfortunately, we do not have these courts available in WA so we play on wooden courts around the metro area.

A full-sized floorball court is 40m x 20m which is generally 8 boards wide and 18 boards long. The boards are roughly 50cm in height and have four rounded corners allowing the ball to stay in play. Players can use these boards to bounce the ball off during the game.

There is a small box called the house near the goals where only the goalkeeper is allowed to enter. Players must not enter this house at any stage of the game.

The basic equipment for goalkeepers is a helmet, goalie pants, a jersey and other option protective gear including knee pads and gloves.

The field players have a stick, running shoes and player uniform. Floorball sticks are lightweight carbon-fibre construction with a small degree of flexibility to add power when shooting. Unlike field hockey, floorball has left and right-handed sticks. Generally, you should be playing with your dominant hand up the top for maximum control and power. The price of a floorball stick ranges typically from $80-$200.

All junior players who are under the age of 18 are required to wear protective eye wear under the International Floorball Federation (IFF) regulations.

Every game start with either team in their own half and a face-off in the centre of the court, called by the referee.

As a super simple summary, you are allowed to:

You are not allowed to:

Two minute penalties can be given for repeated minor offences, rough or dangerous conduct, too many players on the court, jumping, playing on the ground, etc.